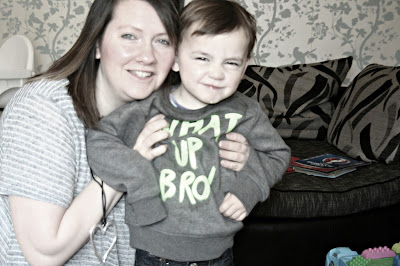 So I've been reading a lot of blog posts and articles lately about the division of labour in parenting. Who is the one doing all of the work in a family? The dad who goes out to work and then helps out with the kids when he gets home or the mum who is at home all day? Now I'm not an official stay at home mum as I returned back to teaching part time after having my Toddler. However I'm now on maternity leave so living the 'dream' for a while.

Now I think The Belgian (my husband if you're not a regular round here) thinks that all I do is sit around and eat cake with my mummy friends. We've been having a few 'discussions' lately about whose turn it is for a lie in (if there is such a thing for a parent) or whose turn is it to do the dishes and he very kindly remarked that I shouldn't be tired as all I do is 'go on jollies all day long.' 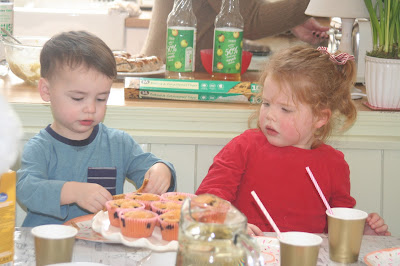 So this is dedicated to the one I love.
I want to tell him all about the jollies I go on in seven easy steps:-

1) These jollies usually start some time around four or five am when the Baby needs a feed. You're usually asleep for this - or at least you do a very good job of seeming asleep as I dig you in the ribs and hiss, 'your turn!' I usually don't fall asleep for around an hour or sometimes the Toddler wakes and joins the party too and I have to settle him back down to sleep too.

2) After vegging out in front of CBeebies whilst simultaneously making three different breakfasts as the usual 'powidge' didn't cut it and he didn't touch the toast so dry cheerios it is. I start the mammouth task of packing the mum bag. It seems like a Mary Poppins bag but creating it is not so effortless. We can't leave the house until it packed full with tools to ease any emergency situation - nappy blow outs, toddler tantrums, hungry children, snow in May... 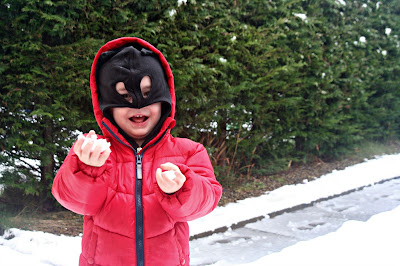 3) Then comes the easy bit getting there. Travelling half an hour or more is usually necessary where we live to get to the decent places for days out with the kiddos. The Baby doesn't like the car to stop so every set of traffic lights, roundabout, zebra crossing etc and she's seriously crying so I am driving at a snails pace as we approach a red light willing it to turn green.
Then The Toddler (don't let the photo below deceive you) drops his book, drink, toy and expects you to somehow be able to turn around and retrieve it. Or he sees the DDD' player and starts demanding Thomas when its not charged and, of course, you are still driving and trying to meet your mummy friends on time. So a tantrum ensues and you have the cacophony of a small baby's wail and a toddler's full blown hysterics. Bliss. Or should I say how 'jolly.' 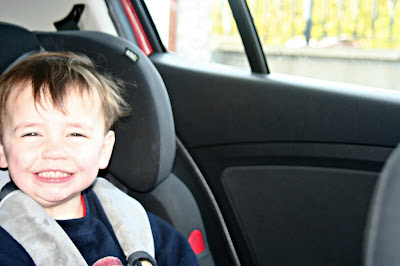 4) You arrive at the destination. I will use the example of going to a big park - for example Kirkstall Abbey or St.Ives - these are the types of places I go on my 'jollies.' Not a leisurely stroll around the White Rose Centre or trying some street food at Trinity Kitchen - where I'd like to be going on my jollies.
So we enter the park and The Toddler immediately disappears. Pretty standard behaviour from him. There is always a part of the park designated to under fives (similarly in soft play) but this is far too tame for him and he would rather attempt the monkey bars and give mummy a heart attack. Or he says, 'mummy help' as I have to rescue him from the leap of death. 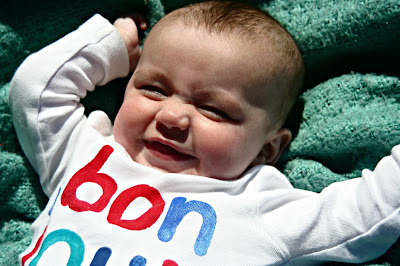 5) Squabbles. An inevitable part of any jolly. When you mix toddlers and toys you will often hear the phrase, 'my toy, 'my turn' and 'stop it!' So you try the softly softly approach, 'please share with your friends' they point blank ignore you and you end up chasing them, pinning them down and trying to prise the offending object from their clutches and offer it back to the other pouting toddler - who has wondered off and isn't interested any more as they were just in it for the hustle. Very jolly. 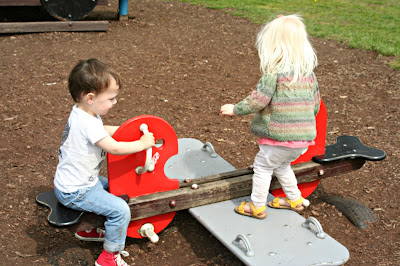 6) Food. Now if we've opted for a 'picwic' half of it has already been consumed in the car for bribes. The Toddler doesn't usually stay in one place long enough to actually eat and so you have to chase after him with a soggy sandwich before letting him mostly eat crisps. In fact when we got to Bolton Abbey and have picnics on the sand the food is usually 50% sand and they seem to enjoy the extra crunch. As you wrestle to get any goodness into The Toddler the Baby is screaming for her lunch. And so you're feeding her with one hand and feeding yourself sandy crisps with the other hand, whilst the Toddler disappears into the distance. Really must get him signed up for the Olympics 2036 long distance - unless they introduce a hide and seek category.

Or you could brave lunch in a cafe. Eating in cafes with The Toddler and The Baby should really be saved for another blog post. But suffice to say it is a case of finishing your food as quickly as you can so that you can leave with minimal damage done to the establishment and to your sanity. And if you happened to go Jakes in Harrogate after we had been there last month I have no idea how all of the salt and pepper and sugar sachets ended up all over the floor. Ahem... 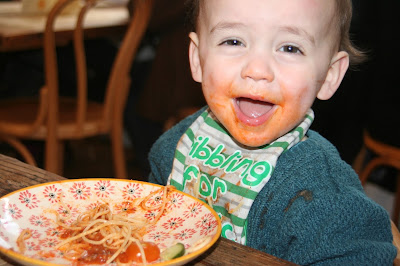 7) When it's time to leave your children always very willingly leave the park and get in the car and are perfect angels all the way home. In fact this face never makes an appearance... 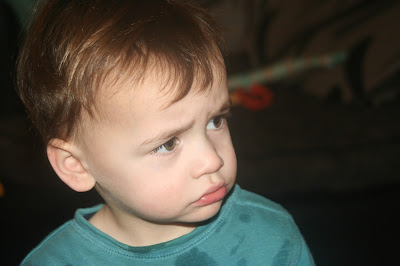 Then you arrive home and have to unpack the Mary Poppins bag, Laundry must be done, dinner must be made and grubby children must be bathed. But wouldn't it be more jolly to sit on the sofa and go through your news feed or watch silly videos on youtube? Or taking half an hour to go upstairs and get changed after work - perhaps getting distracted by a nap along the way? Of course! But then this "important task" can only be earned by somebody who has spent the day earning real money instead of going on a 'jolly.' 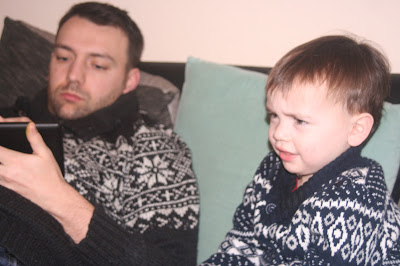 I appreciate all of the comments - they fuel my blog. Thanks for visiting!

Mel
West Yorkshire, United Kingdom
This blog is about The Belgian (that's him), The Brit (that's me) The Boy (our lively toddler)and The Baby (our newest addition.) It's about my crafty endeavors, foodie forays, baking adventures, fun days out and musings on motherhood.